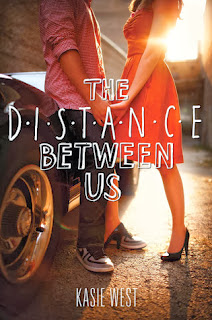 Seventeen-year-old Caymen Meyers studies the rich like her own personal science experiment, and after years of observation she’s pretty sure they’re only good for one thing—spending money on useless stuff, like the porcelain dolls in her mother’s shop.
So when Xander Spence walks into the store to pick up a doll for his grandmother, it only takes one glance for Caymen to figure out he’s oozing rich. Despite his charming ways and that he’s one of the first people who actually gets her, she’s smart enough to know his interest won’t last. Because if there’s one thing she’s learned from her mother’s warnings, it’s that the rich have a short attention span. But Xander keeps coming around, despite her best efforts to scare him off. And much to her dismay, she’s beginning to enjoy his company.
She knows her mom can’t find out—she wouldn’t approve. She’d much rather Caymen hang out with the local rocker who hasn’t been raised by money. But just when Xander’s attention and loyalty are about to convince Caymen that being rich isn’t a character flaw, she finds out that money is a much bigger part of their relationship than she’d ever realized. And that Xander’s not the only one she should’ve been worried about.

REVIEW
I have a love-hate relationship with contemporary romance. When it works, it makes my day and when it doesn’t it makes me want to commit redrum. Luckily, this one fell in the former category. I had smile on my face throughout. It’s a boy-meets-girl story, but there are certain things that set it apart.
Caymen’s mother has warned her about these rich guys, like her father, who leave when things get too rough. So obviously she maintains a distance from the rich spoiled brats of the town but when Xander enters her little doll shop and she gets to know him. She realizes that her mother’s bias may not be fair and that Xander is different. They get to know each other through these “career days” and I have to say that I’m so impressed with Xander and all the effort and thought he put for Caymen. I mean that guy is pretty close to perfect. *swoons*
Caymen is endearing. Her sarcasm and dry humor is exceptional and her timing is perfect.

“Is that your subtle way of saying you missed me last week?”“I’ve missed my hot chocolate. I just think of you as the guy who brings it to me. Sometimes I forget your name and call you hot chocolate guy.”

“So Caymen…”
“So, Xander…”
“Like the islands.”
“What?”
“Your name. Caymen. Like the Cayman Islands. Is that your mom’s favourite place to visit or something?”
“No, it’s her third favourite place. I have an older brother named Paris and an older sister named Sydney.”
“Wow.” He opens the bag, takes out a muffin, and hands it to me. The top glistens with sprinkled sugar. “Really?”
I gently unwrap it. “No.”

The secondary characters were interesting. I wanted certain relationships to be explored more, mainly that of Xander and his father. I loved the writing. Kasie West is definitely a great writer because this is an average story, with nothing really “new” about it but she made it work so very well that I did not get bored for even a moment. I flew through the book. I didn’t want it to end.

The book was sweet and it puts you in the good mood, where you want to giggle and sigh and just smile like I’m doing right now.

One thought on “Review: The Distance Between Us by Kasie West”